Where are the herds in July?

July has always classically been the month which sees the first of the mega Mara River crossings. It is another big movement month for the herds, as many that were lingering in the western corridor make their way north in search of greener pastures. In the first few weeks of the month it can be a mistake to solely focus on the north and the potential of a river crossing as they can often not arrive there until mid-July.

Is July a good time to see the Great Migration?

If your priority is to see a river crossing, and if you are in the north and near the Mara River when the wildebeest have arrived, then absolutely, July is an incredible time to see the herds. However, we would always say that if you go a bit later then you will maximise your chances of seeing the river crossings. This is because if the herds are late, if you go in August the chances are they will definitely be in the northern Kogatende region by this point. However, July is tricky because you never know when the first herds are actually going to arrive. Once they have arrived though, river crossings can happen daily – it is not something that just happens one week and is over the next. Once the wildebeest reach the Mara River they linger, some cross in herds of thousands, one may suddenly then the next day decide to cross back, and 100 may follow. They graze in Kogatende and the Lamai Wedge (with the Mara River dividing these two areas) and will often linger until late October around this area.

So, if the herds have made it then July is a fantastic time to see the migration. The first crossings of the season are often seriously explosive with the crocs being hungry, and the wildebeest acting very manic. As such, the first crossings leave a trail of carcasses behind them so although you should stay relatively close to the river, being on the banks can be a mistake! We would recommend visiting in late July though, so even if the herds are a bit late, the chances are they would have reached the north of the park when you are there.

So, where should I stay to get the best chance of catching the herds in July?

To maximise your chances of seeing the Migration in early July, as they may be late in their cycle and still lingering around the western corridor, we would recommend first going to a camp in the west, and then moving on to one in the north in the hope of catching a river crossing.

In the second half of July, we would recommend solely focusing on the north, as it is pretty unlikely that by this late none of the herds would have reached the Mara River and the surrounding Kogatende area.

Which mobile camps to stay in the western corridor to combine with a northern Serengeti camp for an early July safari?

Serengeti Safari Camp ($900 pppn). Our favourite barefoot luxury authentic Serengeti mobile camp, for an early July safari there is nowhere better. As there are two camps which move independently throughout the year, there is no in-between period where the camp is moving location and thus not open.

Which permanent camps to stay at in the western corridor to combine with a northern Serengeti camp for an early July safari?

Okay, so this is where things get a bit different in terms of Serengeti accommodation. In the western corridor, the area of Grumeti is actually a private reserve owned by Singita, a luxury company who have properties all over the continent. Singita are the crème de la crème of safari camps. Their private reserves mean that (especially in the rainy season) you really will not see any other vehicles. The guiding is exceptional, the food delicious and the accommodation out of this world luxury but without compromising on the intimacy which a mobile tented camp offers. However, you do pay a premium!

Sabora – (1475 pppn). 1920’s themed, Sabora is a magical place to base yourself. With day beds set out in the bush, and in an area where game often passes casually through camp, it is a seriously spoiling tented experience. It also has a pool (of course), and a gym!

Sasakwa– (1,615 pppn). A raised lodge with sweeping views and all the amenities you could ever wish for, Sasakwa is a grand old home away from home. Singita standards throughout, it is for those who love old school and want to pay a premium.

Faru Faru – (1475 pppn). A little like Sasakwa but with a modern twist, Faru Faru is an exceptional property with all the permanent luxuries you could wish for. It is probably Singita’s flagship Tanzania property.

Which permanent lodges to stay at in the northern Serengeti (Kogatende/Lamai) for a July safari?

Sayari ($1,376 pppn) – Sayari is serious luxury under canvas. It’s permanent wooden base structure offers a really nice contrast to the purely tented mobile camps. The main area is fitted with comfortable sofas and there is also a lovely pool to chill out by in between your game drives. It’s location is close to the Mara River making it a great place to stay to catch the crossings.

Which mobile camps to stay at in the northern Serengeti (Kogatende/Lamai) for a July safari?

Serengeti Under Canvas ($1,240)  – The premium option if you are looking at staying under canvas in a tented camp, but also  love luxury accommodation.

Kimondo ($986 pppn) Kimondo is in Lamai Wedge which benefits from being somewhat cut off from the rest of the Serengeti, only with a few other camps in the region, of which, it is the most reasonably priced option.

Alex Walker Serian  ($1,110 pppn) – Luxurious food, service and tents but with a really classic safari style and safari-mad. A huge perk of Serian is that your price includes a private vehicle and guide for your whole stay. 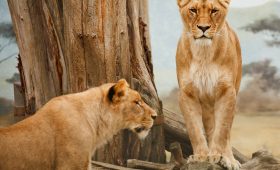