This safari starts and ends in Arusha Tanzania, it takes you to both Tarangire national park as well as Ngorongoro Crater. Tarangire National Park is one of the largest park in Tanzania and it’s located in the south west to Lake Manyara with it covering an area of 2850km. its land scape is covered by Baobab trees, high grasses as well as the dense bush. The park is also famous for elephants, waterbuck, wildebeests, giraffes, olive baboons as well as baobab tree climbing lions. The safari also takes you to Ngorongoro National park which is a conservation Area and UNESCO World Heritage site, its located 180 km from Arusha and it has the Ngorongoro crater as its main tourist attraction. The park is famous for the black rhinos, hippos, cape buffalos, common Eland, Blue wildebeest, water buck, topis, crocodiles, Impalas, and the African leopards.

Day 1: Transfer from Arusha to Tarangire National Park
Day 2: From Tarangire to Ngorongoro Crater Rim
Day 3: Departure back to Arusha

Have breakfast in the morning and after start a 2 hour journey to Tarangire National Park. The park is one of the least visited of the northern Tanzanian Game parks and it has remained undiscovered on the African continent. It’s located near Lake Manyara and covers an area of 2,850 sq. km. the park was named after the famous Tarangire River which flows through the park. It has over 550 bird varieties which is one of the largest number of species in any of the habitants in the world. Later in the afternoon, proceed to the camp for dinner and overnight.

Have breakfast at your lodge and after enjoy another day of game drives in this beautiful national parks where the mighty baobab which is the tree of life towers over the savannah can be seen. You will then leave tarangire and proceed straight to Ngorongoro crater rim for your dinner and overnight.

Day 3
Departure back to Arusha

Departure from Ngorongoro caldera in the morning and view the different wildlife within the crater floor. This crater is called “Africa’s Eden” as well as the 8th Natural wonder of the World. The massive extinct volcano as well as the sheet walls drop thousands of feet to a Noah’s Ark of animals which are found on the verdant floor below, there are buffalos, herds of Zebras, antelopes, wildebeest, lions. At dawn there are also the endangered black Rhino which returns to the thick cover of the crater forests that graze on the laden grass in the morning mist.

The Ngorongoro crater is found at the eastern edge of the Serengeti in Northern Tanzania. Many years ago , this ancient caldera shades one of the most fantastic wildlife on earth, with the towering walls as well as sheltering forests, fresh springs, grasslands and the large soda lake. You will leave the crater late in the afternoon and drive back to Arusha for overnight and dinner. 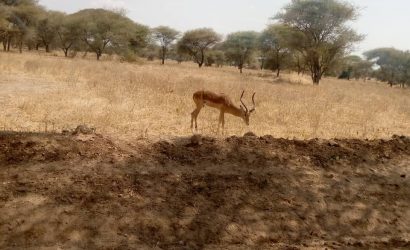 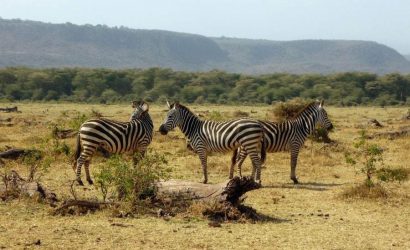 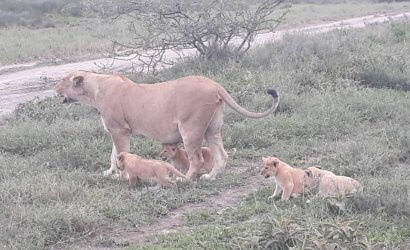 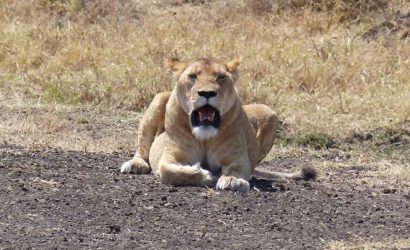