This affordable lodge safari takes you to three of the best game parks on Tanzania’s famous Northern Safari Circuit.

An unforgettable journey of scenic, wildlife and cultural highlights in game-rich East Africa.

This Tanzania Lodge Safari begins in Arusha where we collect you from your pre-safari accommodation. First your guide tells you more about the journey ahead and what to expect, then you hit the road. We travel west and then south, entering the game-rich region of Tanzania called the Northern Safari Circuit.

Our first game viewing destination is Tarangire National Park, known for its big herds of elephants. We explore the game park in a customized 4×4 safari vehicle with a pop-up roof for maximum visibility. We stop in the bush for a picnic lunch on our game drive.

Tarangire hosts an array of wild animals, including lions and buffalos, as well as various antelopes, wildebeest, giraffes and zebras. The national park covers some 2600km² of wilderness, characterized by undulating plains dotted with baobab and acacia trees. After our wildlife adventure in Tarangire Park we exit the park, heading to our first overnight stay at a tented camp a short drive from Tarangire National Park.

We stay in luxury, en-suite tents with verandas that look out over Lake Burunge and Tarangire beyond. Facilities at the safari camp include a pool, and main lounge and dining/bar area raised on a wooden deck so that guests can enjoy the views. Sit back and relax with sundowners as the sun sets over the lake and surrounding bush, or sidle up to the cosy fireplace on chilly nights.

Day two starts with breakfast at the tented lodge before continuing our exploration of the Northern Safari Circuit.

Our drive takes us north-west towards Serengeti National Reserve, via the village of Mto Wa Mbu and Karatu town. We travel into the Ngorongoro Conservation Area, making our way to higher lying ground. Along the way we stop to admire the views over the Rift Valley below,

Heading further along the rim of the Ngorongoro Crater we drive down the outer slopes towards the open plains of the Serengeti. Driving past rural villages where the pastoralist Maasai people live we make our way to the Serengeti National Park. Arriving at the entry gate near Naabi Hill you can take a short walk to the viewpoint and survey the vast grasslands from above.

Driving into the central area of Serengeti Park, known as the Seronera section, the game viewing adventure continues. We embark on a game drive en route to Kati Kati Tented Camp, stopping for lunch along the way. This is one of the best safari destinations in the world, rivaling Kenya’s Masai Mara. Here you will see a rich variety of wildlife roaming the African savannahs that stretch out as far as the eye can see.

Our overnight camp is located in the central part of the Serengeti National Park, deep in the bush. This evening we relax around the campfire, listening to the sounds of untamed nature and falling asleep under starry skies.

First we have breakfast at the comfortable tented camp and then we set off for an adventure-packed day of game viewing in this top African game park.

We spend the whole of day three exploring the Serengeti National Park of Tanzania, pausing for a picnic lunch in the wilderness. Here we will hopefully see the Big Five of Africa (lion, leopard, rhino, elephant and buffalo), as well as a dazzling assortment of other wildlife.

During and after the rainy seasons you may be lucky enough to catch the Great Migration in full force. Usually between October and November, and again from April to June, masses of plains game migrate across the rivers and plains of the Serengeti ecosystem. During the annual migration hundreds of thousands of herbivores (mostly wildebeest, gazelles and zebras), move between Masai Mara and the Serengeti along an ancient route. The migration catches the attention of the abundant predators of Serengeti, drawn to the easy prey of the migrating herds. The timing and path of the Great Migration varies from season to season, but your safari guide uses his or her knowledge to find the optimal spots for catching the spectacle.

After a remarkable day of game viewing in Serengeti National Park, we return to the tented camp surrounded by the African wilderness.

Between early January and mid-March, accommodation will be at Kati Kati Ndutu Tented Camp, which is also inside Serengeti National Park. The Ndutu Camp is closer to the border between Serengeti and the Ngorongoro Conservation Area – a better location for seeing the Great Migration at this time of year.

Day four starts with breakfast at camp, as the sun rises. Then we take a game drive through Serengeti Park on our way out of the national park, stopping for lunch as we go. Keep your eyes open for wildlife, especially in the early morning hours when animals and birds are more active. Next, we visit the Ngorongoro Conservation Area, home to one of the highest concentrations of wildlife in Africa.

We descend to the Ngorongoro Crater floor, taking in stunning views of the world’s largest unflooded caldera on the way down. The crater is home to the Big Five and almost every kind of big mammal found in Africa.

After a rewarding game drive in this World Heritage Site we climb out of the crater following another route. Tonight we stay at one of the beautifully located Tanganyika Wilderness Adventure Lodges. Set close to a coffee estate about 30 minutes from the entrance gate of the Ngorongoro Crater Conservation Area, the lodges offer lovely views over the lush crater highlands. If there is time after our arrival we may take a walk in the coffee plantations.

The day begins with a leisurely breakfast at the lodge, before retracing our steps to Arusha. Our magical Tarangire, Serengeti & Ngorongoro Tanzania Lodge Safari comes to a close at about midday in Arusha. 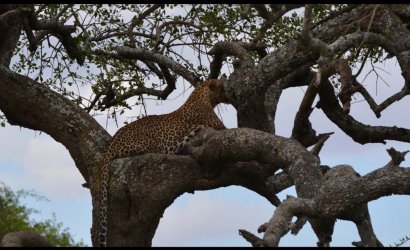 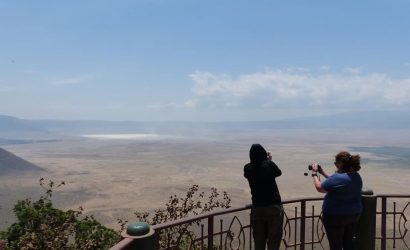 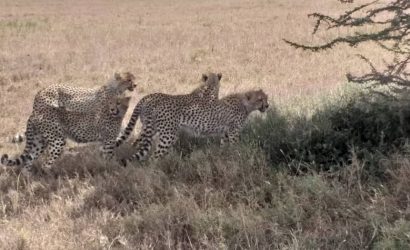 SAFARI IN SERENGETI AND NGORONGORO EXTENDED 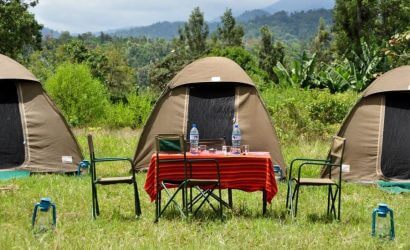 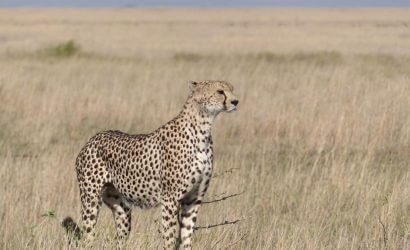