Our Marangu day trip has it all: culture, cuisine, caves and plenty of lively conversation. You’ll even take a dip in a waterfall or two, so bring your cozzie.

Marangu town nestles on the fertile slopes of majestic Mount Kilimanjaro, and it’s brimming with tradition. You’ll explore the culture and terrifying history of the Chagga Tribe (they built those caves for a reason) and you’ll take a short but delightful hike in the lush green landscape to a sparkling waterfall but, don’t worry, you won’t run out of energy because you’ll visit a coffee plantation and have the chance to roast and make your own coffee. The buzz you’ll get from our packed-so-full-it-hurts Marangu day trip won’t just be the caffeine.

Immerse yourself in traditional town life for a day, the Marangu way.

We’ll leave Moshi first thing in the morning, skirting Kilimanjaro’s foothills with the rising sun on our right. Our first stop is the Marangu Gate at 1900m, which is the starting point for the Marangu climbing route. It’s an amazing start to your day; a weird mixture of the quiet calm of the green montaine forest and the tense excitement of the climbers about to ascend Kilimanjaro. The mood is catching and we may have to bustle you back into the van before you take off up the mountain!

Your nose will tell you about our second stop before we get there. Marangu is coffee country, and the beans are locally grown, blended and roasted. We’ll stop at a bijou coffee farm, where you’ll learn how the locals grow, harvest and process their coffee beans that grow in this perfect climate. You’ll even get the chance to try your hand at roasting and preparing your own cup of lovely, fresh coffee.

All this culture is probably giving you an appetite, so our next stop is for a tasty and traditionally Chagga lunch at our favourite little restaurant, where you’ll be served a hot meal (veggies catered for!).

Next, we’ll depart for the Ndoro Waterfalls for some post-prandial fresh air. The thirty-minute hike to the base of the waterfall will lead us through lush green forest and a steep climb down to the rocks. Enjoy the sparkling waters tumbling down the falls from the rockside or take a refreshing dip in the pool itself.

A dark contrast is a visit to the extensive Chagga Underground Caves, built by the Chagga to keep them safe from the Masaai who, in earlier times, migrated up the lower slopes of Kilimanjaro to enslave or kill them. We’ll spend a fascinating hour or so at the Chagga Live Museum, an outdoor space which will give you further insight into traditional Chagga life. The wandering goats lend some added authenticity! We’ll round off this action-packed day with a cheeky banana beer or naughty glass of banana wine – this is banana country, after all, so make the most of it!

You’ll get a nice sit down as we casually motor back to Moshi; we won’t complain if you have a crafty snooze on the way although there’s always something to see as we wind through the villages, foothills and roadways home. You’ll have experienced so much in such a short time, you deserve a rest 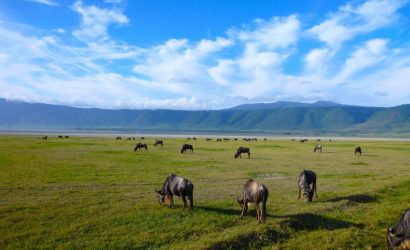 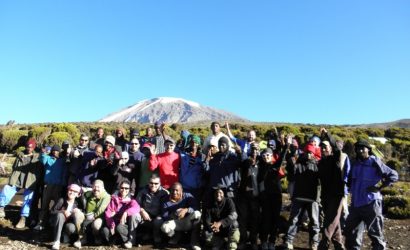