The Serengeti National Park is  rated as one of the world’s most spectacular natural events – every year over a million wildebeest, zebra and antelope migrate clockwise around the Serengeti-Masai Mara ecosystem, taking in two different countries and making time for birthing, courting and mating on the way.

But the trouble with the Wildebeest Migration is that if you get your timing wrong, you will end up gazing out over a wildebeest-less savannah and wondering where all the animals went. You need to work out where to go and when.

Based on historical data, this guide is not infallible (changing rainfall patterns make predicting the Migration an inexact science) but it will give you an idea of where the herds are likely to be.

JANUARY: The herds are in Tanzania’s Serengeti, moving south from the north-east region and into the southern Serengeti, Ndutu area and Ngorongoro Conservation area – which often means out of the confines of the (unfenced) national park itself. It is calving season – prepare yourself for lots of wobbly babies… and lots of heartbreak as predators swoop in.

FEBRUARY: The good grazing of the Southern Serengeti, Ndutu and Ngorongoro Conservation areas means the herds remain in the far south.

MARCH: They are still in the south but the grasses have all been munched up, the last calves born and the herds are starting to gather in preparation for the next leg.

APRIL: Make sure you are on the southern Serengeti plains – the wildebeest begin their northward journey, and many have left already and are in the central and even western Serengeti.

Where to stay: Serengeti Under Canvas and Olakira Camp are mobile tented camps that follow the Wildebeest Migration across the Serengeti plains. 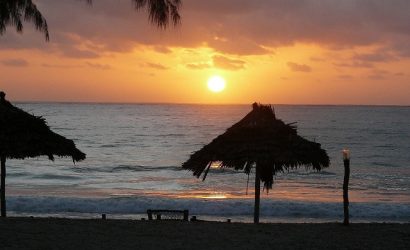 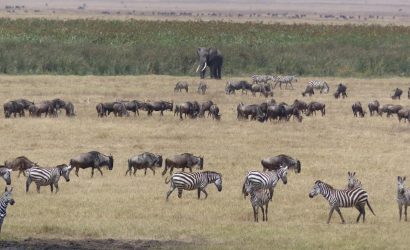 The Best of Zanzibar 4 Days /3 nights