Where are the herds in August?

The herds in August are up in the north, crossing the Mara River between Kogatende and the Lamai Wedge. This is peak time to see the river crossings because even if the wildebeest are late, they will have reached the Kogatende area by this time. If they are early, and arrive north in June, they will still be lingering here and in the Masai Mara throughout August and through to October… Win, win. All the way through the month, river crossings should happen almost daily – it is all a case of waiting patiently for the wildebeest to decide to cross. You would be very unlucky for the wildebeest not to be surrounding the Mara River if you decide to go in August. On the flip side though, you would also be lucky to see a crossing, as not everyone does, as no matter how many hours are spent waiting with a herd by the river banks, they may simply not decide to cross over for hours!

Is August a good time to see the Great Migration?

Yes, August is one of the very best times to be in the Serengeti because this is peak season for the mighty Mara River crossings in the north. At the beginning of August, as the main herds approach, you can be in for some huge crossings. Like with July, the first crossings of the season can be explosive, with wildebeest falling left right and centre, trampling each other or being taken down by the hungry waiting Mara River crocs.

The only downside of visiting in August is that because it is so popular, you do not benefit from any special offers from camps and lodges, and the crossing points can be busy as it is peak season. If you were to go in September for instance, you would avoid there being so many vehicles. That being said, even in peak season the Serengeti is much quieter than the Masai Mara river crossings (as the Mara River cuts through both).

So, where should I stay to get the best chance of catching the herds in August?

You should solely focus on the Kogatende and Lamai areas in the northern Serengeti throughout August. It is too much of a good time to see the crossings not to base yourself in these areas. Many head for the Masai Mara, but as well as it being a lot busier than the northern Serengeti, the Migration is always in Kogatende/Lamai from the time they reach the Mara River, up until when they head south again, whereas, only sometimes at some point within this time are river crossings also happening in Masai Mara. It is not integral to their route. All in all, we would therefore head for northern Serengeti as opposed to the Masai Mara to catch the crossings. Lamai does tend to be a bit quieter than Kogatende, though both are excellent and there is a bit more choice of accommodation on the southern side of the Mara River at Kogatende.

Which permanent camps to stay at in the northern Serengeti (Kogatende/Lamai) for an August safari?

Sayari  ($1,376 pppn) – Sayari is serious luxury under canvas. It’s permanent wooden base structure offers a really nice contrast to the purely tented mobile camps. The main area is fitted with comfortable sofas and there is also a lovely pool to chill out by in between your game drives. It’s location is close to the Mara River making it a great place to stay to catch the crossings.

Which mobile camps to stay at in the northern Serengeti (Kogatende/Lamai) for an August safari?

Alex Walker ($1,110 pppn) – Luxurious food, service and tents but with a really classic safari style. A huge perk of Serian is that your price includes a private vehicle and guide for your whole stay. Note one of the camps is in Kogatende and the other in the Lamai Wedge providing a nice option in locations.

Serengeti Under Carves  ($1,240) – The premium option if you are looking at staying under canvas in a tented camp, but also want a seriously luxurious experience.

As you can see from the above map, once the herds arrive at the Mara River, they tend to linger around in between Kogatende and the Lamai Wedge, so the Serengeti is place to go to be in with the best chance of catching a crossing. Only some of the herds at some point in between the period of July – October make their way into Kenya’s Masai Mara. August is probably the best time to go in order to see a crossing, as especially by mid-August the herds will almost definitely have made it to the area. These can be explosive! However, it is a busy time vehicle-wise, so to avoid this we would recommend looking at shoulder season months like October and November. 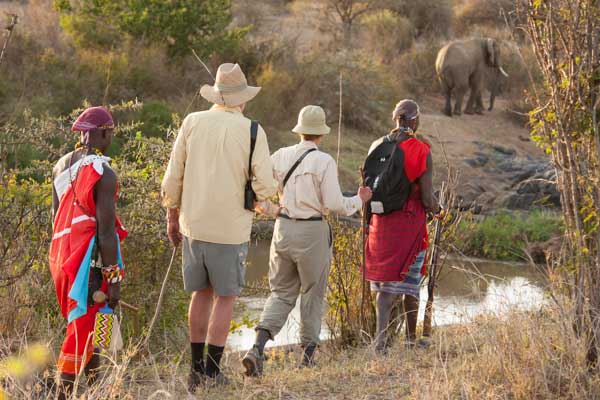